The Meeteetse Trail or “100 Mile Trail” south of Red Lodge, was created by the Army to transport goods and was later used by settlers heading north to the coal mine boom. Read More

Once called the “100 Mile Route”, the Meeteetse Trail connected Meeteetse, Wyoming (home of Butch Cassidy) to Red Lodge, and on to Billings. This route was originally an Army supply line, used to transport mail and other goods during the 1880’s. Later, stage coaches traveled this route on their way to the prosperous mines of Red Lodge. Today old homesteads still remain throughout the valley, left by these settlers heading north. Another landmark along this trail is its notorious grey rock spires, which tower the trail like abandoned castles.

The Meeteetse Trail is located about ¾ mile south of Red Lodge. Follow Highway 212, turn southeast onto Meeteetse Trail, labeled by a street sign. This road will take you along the original “100 Mile Route”, where you will end up on Highway 72 near the Montana-Wyoming border.

Travel the Meeteetse Trail during the summer. This is a dirt road at a high elevation, making it difficult to travel during certain seasons. When it rains, the road ruts making it nearly impassible. The road is also impossible to follow during the snow season when the drifts get as high as 5 feet. 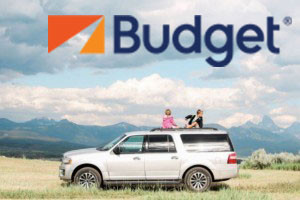 Car Rentals for Yellowstone and Glacier