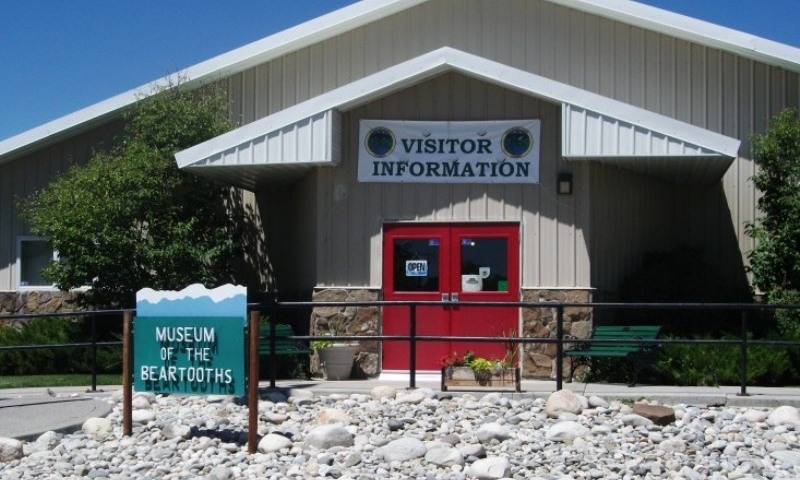 Red Lodge lies in south central Montana and Carbon County, next to the Absaroka-Beartooth ranges. This small ranching community looks onto 28 peaks rising over 12,000 feet. The famed Beartooth Highway lies to the south of Red Lodge, neighboring the Wyoming northeast border along with Yellowstone National Park. The 69-mile drive with dramatic switchbacks reaches heights of nearly 11,000 feet and looks over snow-capped peaks, glaciers, alpine lakes and plateaus. Historic downtown Red Lodge features businessess built from the 1880s to 1915.

The quaint little town of Red Lodge is a place you may see cowboys, Indians, and mountain men roaming a downtown that is on the National Register of Historic Places. On and off Main Street are homes and buildings constructed during the coal-mining boom from 1893 to 1910. Originally a resting place for Crow Indians, this valley was eventually discovered by European settlers, and with the opening of a post office in 1884, the town of Red Lodge was officially established.

Like many towns in the West, Red Lodge was built on mining. The Rocky Fork Coal Company opened the area's first mine in 1887. By 1891, more than 400 Finns, Scots, Irish, Italians, Slavs and Scandinavians worked the East Side Mine, digging an average of 100 tons of coal a day. A year later the population soared to 1,180. By 1896, the vibrant town of Red Lodge was teeming with action, filled with strong-willed folks and twenty saloons. In 1906, eight men died in the town's first mine disaster, but prosperity continued to smile on the population, which had grown to 4,000. By 1910, Carbon County led Montana in coal production and by 1911, Red Lodge boasted a population of 5,000 souls.

The Great Depression of the '30s brought great economic woes, and the coal boom started to bust. To offset the suffering, illegal bootleg liquor, labeled "syrup" was made locally and marketed as far as Chicago and San Francisco. The visionary J.C.F. Siegfriedt, a Red Lodge physician, hoped to bring prosperity back into the community after local mine closings. Congress was persuaded to authorize the Secretary of Interior to build an "approach highway" to its neighboring national parks, Yellowstone and Grand Teton National Parks. The bill was signed by President Herbert Hoover in 1931 and construction began September 4, 1931. The highway officially opened June 14, 1936 at a cost of $2.5 million.

In 1943 tragedy hit the Smith Mine near Bearcreek, the area's largest remaining mine. An explosion trapped and killed 74 miners, the worst coal mine disaster in Montana's history. The mines fell silent forever shortly thereafter. The old buildings stand as a reminder of the suffering and survival of the townspeople during the terrible aftermath.

Today, Carbon County Historical Society and Museum work to restore and preserve the history of Red Lodge, Montana. Exhibits and festivals are a way in which the community can celebrate its history. Red Lodge is awakening to a new growth of outdoor enthusiasts and those seeking a better quality of life. As the community and tourist industry grow, economic improvement and expansion are welcome. As in the late 1800s, people from all over the world are welcome to this mountain town to enjoy its natural wonders, and the history of those who traveled before them.

See one of the true icons of the American West - Mount Rushmore.